Education Department Ruling a Win for Cosmetology Schools and Students

The cosmetology industry is among the fastest growing sectors in our economy because millions of Americans have come to rely on experienced, licensed cosmetologists every day. According to the U.S. Department of Labor, the industry is expected to grow nearly twice as fast as the national average, by over 13% in the next few years. In 2016 alone, it generated more than $84 billion in revenue, which has helped to support workers and communities across the country.

That record of success and continued growth has been at great risk because of the Obama-era “Gainful Employment” rule. This rule could have forced cosmetology school closures across the country. This would have created a ripple effect of unintended consequences for schools, students, spas, and salons, as well as millions of Americans who rely on skilled, licensed cosmetologists every day.

Fortunately, students, schools, and consumers achieved an important win recently when Education Secretary Betsy DeVos rescinded the rule, based on its flawed construction and the inaccurate data that had been used to grade cosmetology programs.

Gainful Employment was first implemented to measure schools’ success by comparing their students’ debt to their presumed income after graduation. While seemingly well intentioned, the rule’s framework serves as a warning of what happens when rulemaking does not account for real-world situations.

Despite these known inaccuracies, the Education Department continued to use this metric with devastating consequences. If a school program failed, it faced ineligibility for federal aid. Students would no longer be able to use financial aid to pay for their education, ultimately forcing them to withdraw or pay out-of-pocket.

American Association of Cosmetology School members have always supported strengthening transparency in the higher education system and ensuring students can make the best choice possible for their own futures. But from day one, the association made clear that this rule was not only flawed but also had the potential to seriously damage and possibly close hundreds of reputable cosmetology schools. Even the IRS recognized how problematic the underreporting of wages and tips were on accurately measuring a school’s score.

When other efforts failed, the association filed a lawsuit against the Education Department and won. But it still left an uneven playing field across our educational institutions with an unfair advantage given to nonprofit schools.

That is because in reality, this rule did nothing more than target schools based on their tax status. According to Forbes, in 2016, only 16% of all students were actually enrolled in a program covered by the Gainful Employment rule. This means that roughly 80% of all college students were exempt from these standards. Moreover, cosmetology programs often take a year or less to complete and cost approximately $18,000, with average debt less than $10,000, significantly less than traditional four-year schools. In contrast, private, nonprofit schools average $35,000 per year.

All schools should be held to the highest standards, but those standards should be applied fairly across the board to create a level playing field.

As an industry, we believe that holding institutions of higher education to the highest standards, and ensuring students and parents have all the necessary information to make informed enrollment and borrowing choices is vital to the long-term success of both students and our schools. America’s cosmetology schools applaud Secretary DeVos and the Department of Education for ending this harmful regulation and protecting schools, students, and consumers. 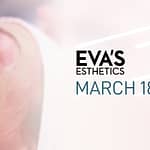 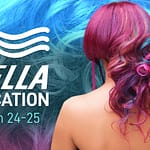 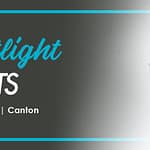 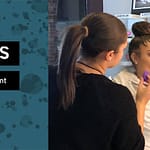 L’esprit Academy was founded by the Wells family in 2004 after decades of experience in the high end salon and day spa business. The L’esprit Academy vision is a commitment that is evident with everything we offer. Details of the facilities and the curriculum are designed to support a unique atmosphere of higher learning.